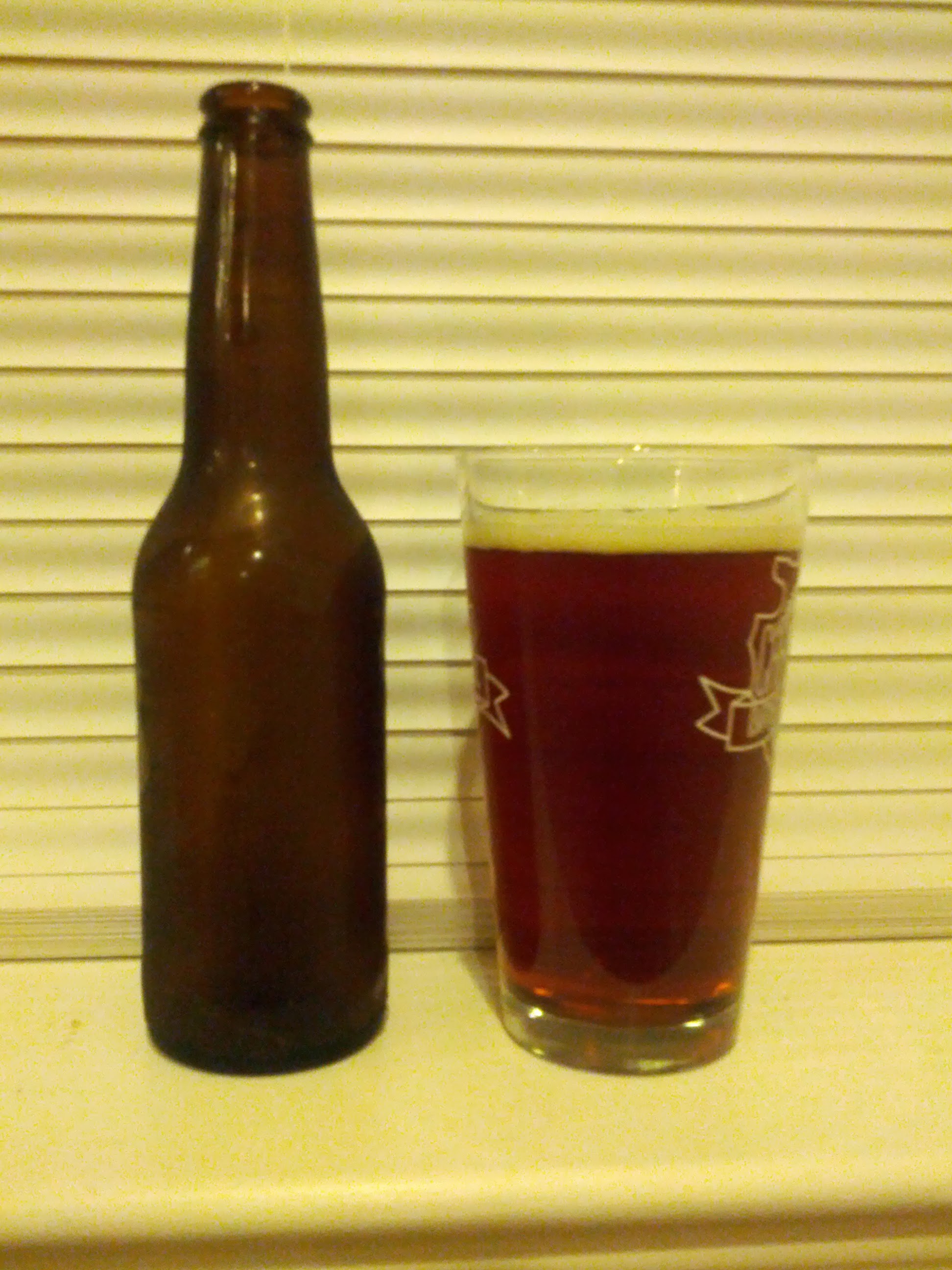 We took a mini-vacation to the Northshore two weekends ago and explored some beer options up there. We also took the Saturday morning tour of Covington Brewhouse. The tour was great -- our guide, from sales, was informative and friendly. As with most brewery tours, you can pour yourself a glass of one of their beers. We noticed a beer from Covington we'd never seen before, marked simply as "IPA". We tasted it and oh man, it was good. After the tour was over, we hung back and talked to our guide about the brewery and homebrewing, but we kept going back to the IPA and how impressed with it were were. Our guide, being the nice guy he is, grabbed some bottles from his trunk that he's been using as samples on his sales calls. No label yet, but definitely still beer. So, as a disclaimer:

This is a review of a beer not yet for sale. I do not know if this is the final recipe I tasted. I feel fine reviewing this, however, as it's available for tasting at the brewery.

It's a slightly darker than normal IPA, with a reddish, amber color and a cream-colored head. It's a very, very hoppy in aroma. A little bit of a sweet smell too. Some hints of citrus, but more piney than citrus.

You first taste a good slam of hops, but not like Mechahopzilla slam -- this isn't a palate wrecker. It then mellows out, and gives you a dry, hoppy finish. There's a bit of spiciness bite to it on the tongue. You can taste the malt throughout.

One weird thing I noticed was that as it warmed, the hop flavor seemed to dissipate and was more malt-forward. I'm not sure what happened there, but it could've been how it was stored (trunk of hot car, hotel room, hot car, counter top, then fridge) or it could even be an earlier batch that wasn't yet perfected. It's also possible that it did, in fact, wreck my palate.

It was very delicious, though. I enjoyed every sip of it from beginning to end. The hoppiness was right where I like it -- very, but not a punch to the face -- and it had a slightly malty character to it. I don't know what the ABV is (Untappd says 6.5%), but it I felt like I could drink this all day.

Right now, there's no name agreed upon for it, but internally and at beer tastings they've called it "Anonymous IPA", which is a good name, but doesn't fit with their other Louisiana-focused names like "Bayou Bock" and "Pontchartrain Pilsner". They're aiming for an early August release, so, I'd expect to see this soon.

I highly recommend it. It's arguably one of the top IPAs brewed in the state.