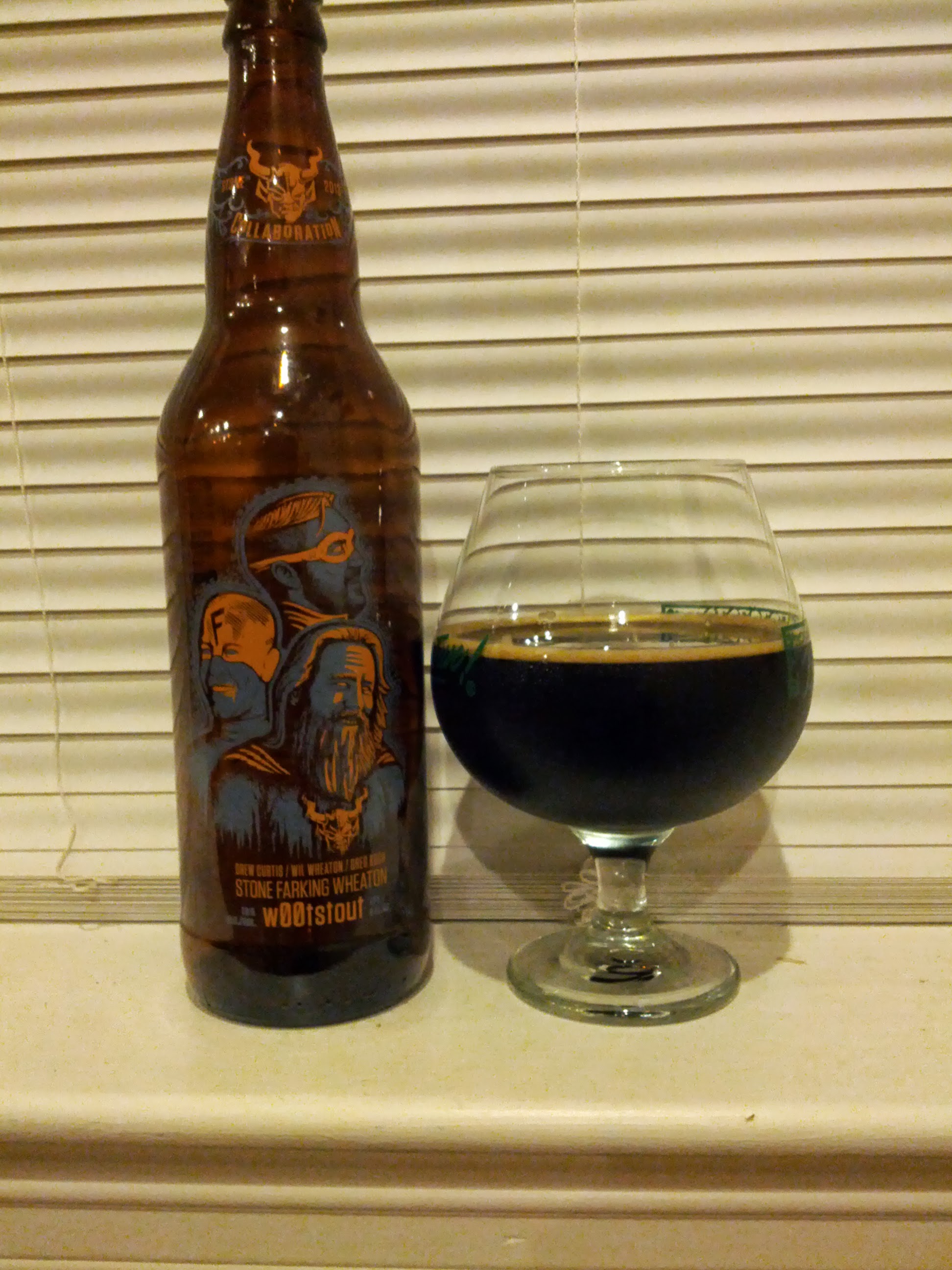 I'm shamelessly piggy-backing on The Beer Buddha's review of this beer and writing a companion piece. Mostly because his review was funny, but also because it just works.

I do know what Fark.com is! I'm a long time Farker. I had a TotalFark subscription for a year or so, but let it lapse because money. I keep up with the headlines in my RSS reader. Fark's a great way to not only find weird new stories, but also a cut-through-the-crap way of reading the news. Drew Curtis is a cool guy, in that he follows me on Twitter, which is pretty awesome. I have no idea why he does that; he knows much funnier people. I also know who Wil Wheaton is, but only for the same reasons as Beer Buddha. Stand By Me is a great movie. I do know he played Wesley Crusher on Star Trek but I've never watched the show, so, I don't count that. I did enjoy his story arch on Eureka, however.

I've never watched Big Bang Theory, though, since it feels like they're just shouting "STAR TREK. FLOPPY DISKS. DUNGEONS AND DRAGONS. WHAT'S A GIRL? LOL VIRGINITY AND AWKWARDNESS" and perpetuating the stereotypes of "nerdy" people, but hey, whatever.

At any rate, I too was more excited about a Stone stout being released than anything, but I do know via Twitter that Wheaton homebrews and he did one time toast my check-in to Sierra Nevada Torpedo on Untappd, so we're pretty much best friends now. Now that I think of it, I'm not really sure why the two of them didn't ask me to be involved in this beer. Maybe Greg Koch of Stone didn't want another beard involved.

The beer supposedly represents the three guys -- wheat from Wil WHEATon, rye and pecans from Drew since he's from Kentucky, and Stone is known for their hoppy beers.

It pours with a rich, dark, almost black color and a tan head. Right off the bat, I knew I'd enjoy this one. If it pours like used motor oil, I'll probably enjoy it. Unless it's actually motor oil.

Aroma-wise, you can smell some sweetness, likely from the rye, and a faint hint of hops. Something about the smell reminded of a barrel aged beer. The bottle says it was 1/4 aged, but no mention of bourbon, though, as Drew is from Kentucky, I wouldn't be surprised.

The flavor was delicious as all hell. There were some light notes of vanilla and chocolate, and had a nice nutty finish from the pecans. There were some hops on the finish, but it wasn't overly hoppy. Normally a Stone brew not being overly hoppy would be an issue, but the hops in this beer are just there to support the other flavors, not take over.

It's a pretty silky beer. I loved it. If you can, go run out and buy it. We got ours at Stein's Market and Deli on Magazine, and I know Avenue Pub has it on tap. Beer Buddha also says Martin Wine Cellar and Elio's Wine Warehouse has it, and both Bulldog's, Ancora, and d.b.a have it on tap.